Age 30 and 'Cross About It - ABD Sunrise Park 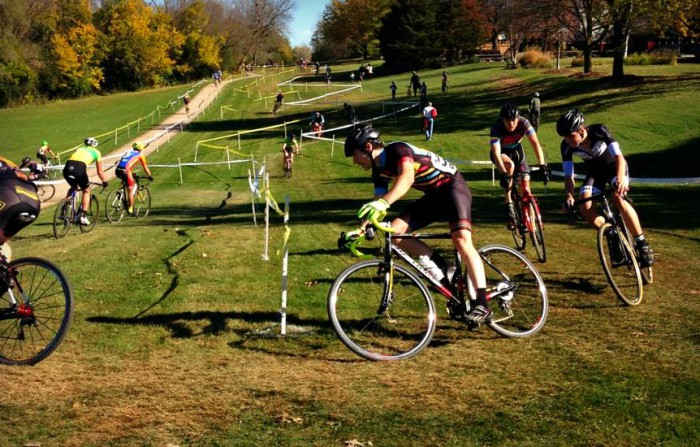 Hi everyone - First of all, thanks for reading and for the great comments!

I want to start with a few little bike tech projects I did this week, then give you a quick rundown of my first CAT 3 race this last weekend.

My shifting was starting to feel a little hesitant, so I pulled my bar tape off to inspect my cable and housing. It is critical that your shift housing is extremely stiff, because if you have any compression in your housing it will cause sluggish shifting. As shift housing ages, the plastic sheathing that covers the steel wires will start to migrate away from the ends of the housing. It will look like this: 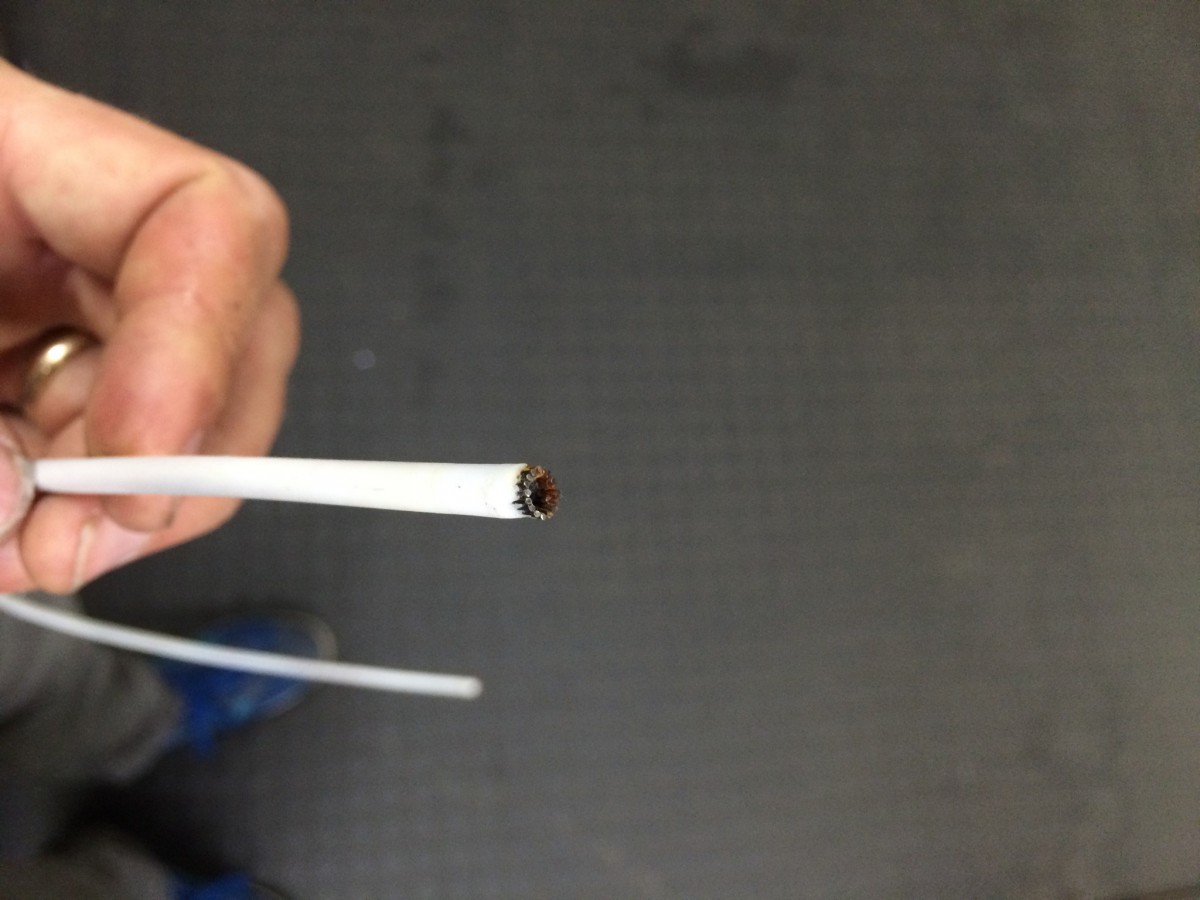 Those exposed wires will act like a miniature spring and will turn a nice, crisp shifting system into something that feels like a Wal-Mart bike. (No offense, Wal-Mart. Well, maybe.) I had replaced my housing about 5 months ago and ride quite a bit. My housing was long enough that I was able to simply trim a few millimeters from each end and re-install. It worked beautifully and I was back in business with a snappy machine.

The second "techy" thing I did was to delve, once again, into the world of tubeless setups. Historically, I have had a horrible experience with tubeless. I have tried numerous tire brands and can’t seem to run them under 35psi without having major burping problems - especially during flying mounts.

I found that Stan’s offers a kit which they suggest you use with their Alpha 340 wheels for cyclocross tubeless: 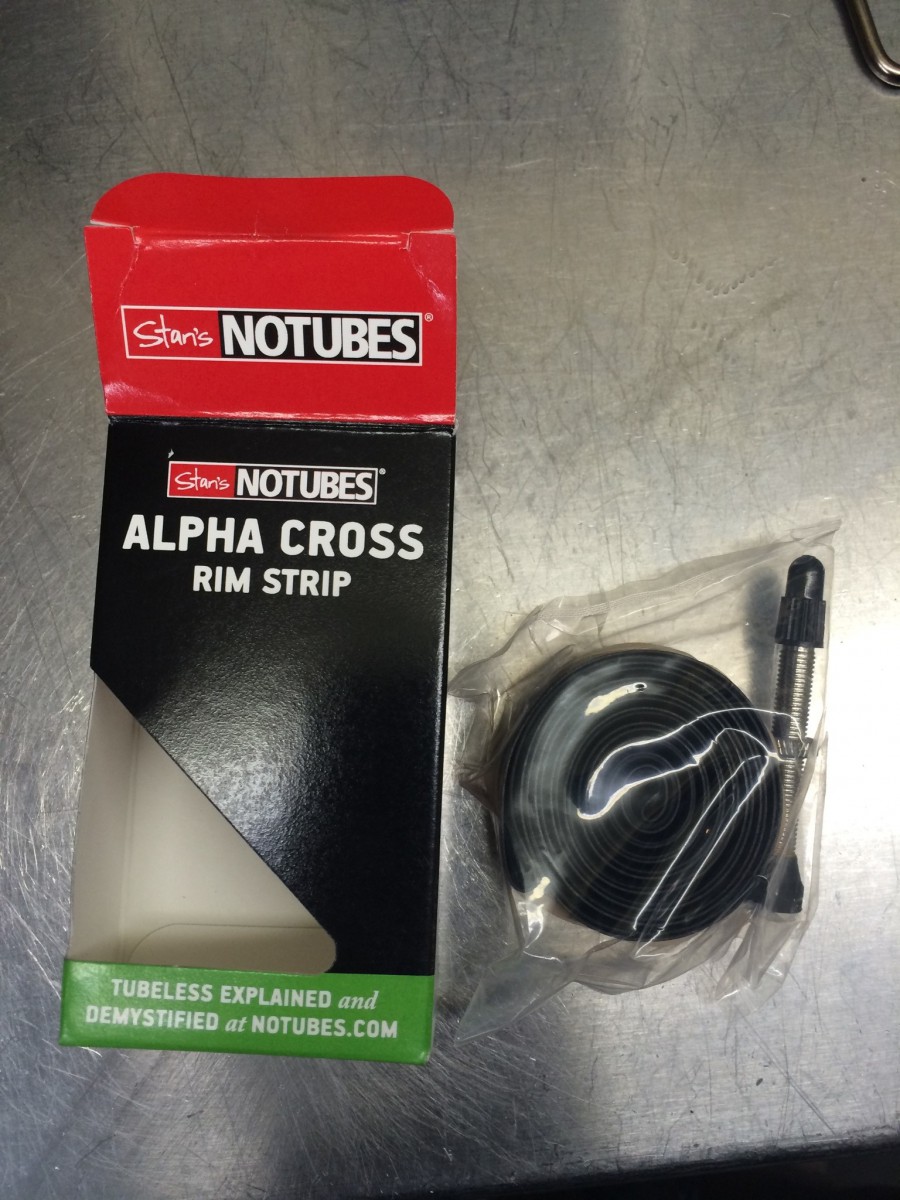 The kit is kind of tricky to install. First, you install Stan’s yellow tape directly on the rim. Then, you install the supplied thin rubber rim strips and valves. The rubber piece is a PAIN to get centered. It is very easy to over/under stretch it in areas. Stan’s suggested using soapy water to help get it centered but that left the strip so slippery that a portion of it migrated under my bead when I tried to seat the tire. I tried using hairspray instead of soap and it worked much better. Hairspray is great because it acts like a lubricant at first, and then acts like a glue once it sets up. When I seated the bead on the tires (which I was able to do with a hand pump) the rubber was glued to the rim and wasn’t extruding from under the bead anywhere.

The kit seems to work really well! I’m 145lbs and I tried running 25/24psi in the back and front respectively. I did a bunch of aggressive flying mounts on off camber sections and have not gotten them to burp at all! I’m running the system with Kenda Happy Mediums and Stan’s sealant.

This was my first CAT 3 race. My points from the CAT 4 field got me staged in the second row. I had a pretty mediocre start... As soon as I got my foot clipped in, someone bumped me on my left side and I lost my balance. I soft pedaled for a microsecond and immediately conceded 10-15 spots.

The 3’s racers were much more savvy, dominant bike handlers than the 4’s. I really felt like I had to fight for position constantly. I wasted a lot of matches trying to pass in dumb spots and then quickly getting overtaken by smarter racers.

All in all, the race was a ton of fun and I learned a lot. It was also REALLY REALLY hard! I averaged 249W for 45 minutes. My average heart rate was 183bpm (ouch….). I ended up getting 23rd out of 91 riders. Check out my Strava data for this race.

I’m hitting this week hard with VO2 intervals and short sprint efforts and am looking forward to a better result next week! 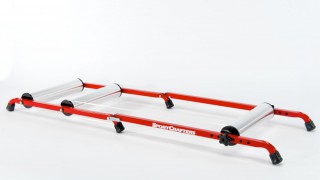 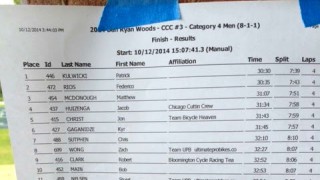 I have competed in the first 3 Chicago Cross Cup races. So far so good! Here are my race reports, and links to GoPro footage from each race.

Age 30 and 'Cross About It - Yup, That Happened

How not to bunny hop a log. And useful YouTube hacks for watching Pro CX races in the UK.